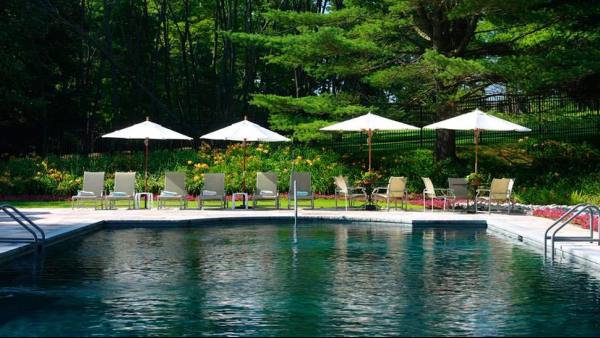 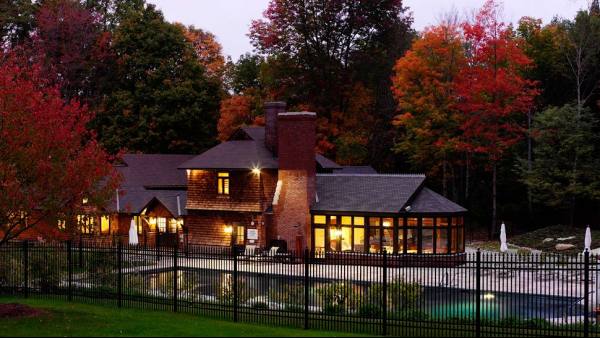 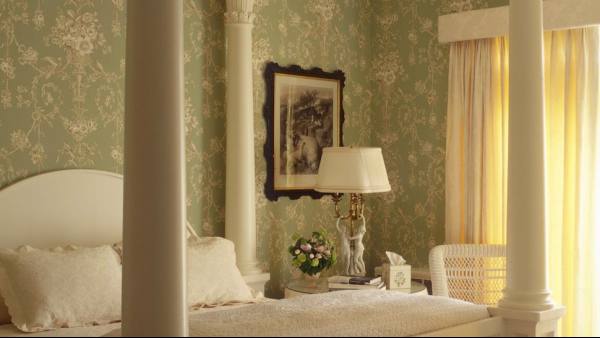 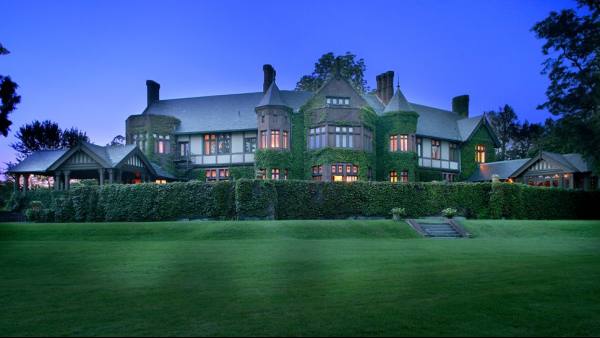 Robert Paterson was introduced to the Lenox area in the late 1890's by his friend John Sloan (of W&J Sloane). Lenox already had many great estates, prompting the area to be known as "the queen of inland resorts" or, as Cleveland Amory wrote, "the Switzerland of America."
Paterson acquired the Lenox estate of 220 acres called "Highlawn" from the Dorr family. He tore down the modest house, keeping the outbuildings. Hence, the Carriage House Stables and Potting Shed date from the late 19th century. He set about building a property on a grand scale, although the initial plans were purported to be drawn on the back of an envelope by the architect, Robert Henderson Robertson. Robert Paterson's concept was for no less than a castle of "feudal architectural features," replete with towers, turrets and gargoyles. The house was modeled after his mother's ancestral home in Blantyre, Scotland. Construction began in 1901, at times employing over 300 people on the grounds and buildings.
The main house was furnished in the English style with all the furniture being brought in from England. The family used the house for the summer and fall and entertained frequently, as was the fashion in those days. There were garden parties with musicians imported from New York and grand dinner-dances with each party becoming more and more lavish, befitting the "Gilded Age."
When the end of the era came some 15 to 20 years later, hastened by the introduction of the income tax, so, too, ended a lifestyle that was never to be repeated. Over the next 60 years Blantyre went through several transitions, including a particularly destructive period in the 1970's.
In 1980, Jack and Jane Fitzpatrick fell in love with the abandoned Blantyre and organized to purchase it for their daughter, Ann Fitzpatrick Brown, who became the eighth owner. Determined to restore it to its former elegance, Ann reopened Blantyre in 1981, after extensive renovation. Blantyre achieved the vision of the Fitzpatricks - a beautiful country house, recognized as one of the finest hotels in the world, where guests can come and stay and experience the life and service of a bygone era.
Beginning in 2000, Ann and the staff of Blantyre planned and worked toward fully winterizing Blantyre. In May, 2005 Blantyre opened its doors for the first time in 25 years as a year round operation, with as well "the potting shed", Blantyre's cozy and intimate spa.

How to go to Lenox

Places to Eat in Lenox

Places to See in Lenox

Things to do in Lenox