How to go to Cannes

Places to Eat in Cannes

Places to See in Cannes

Things to do in Cannes 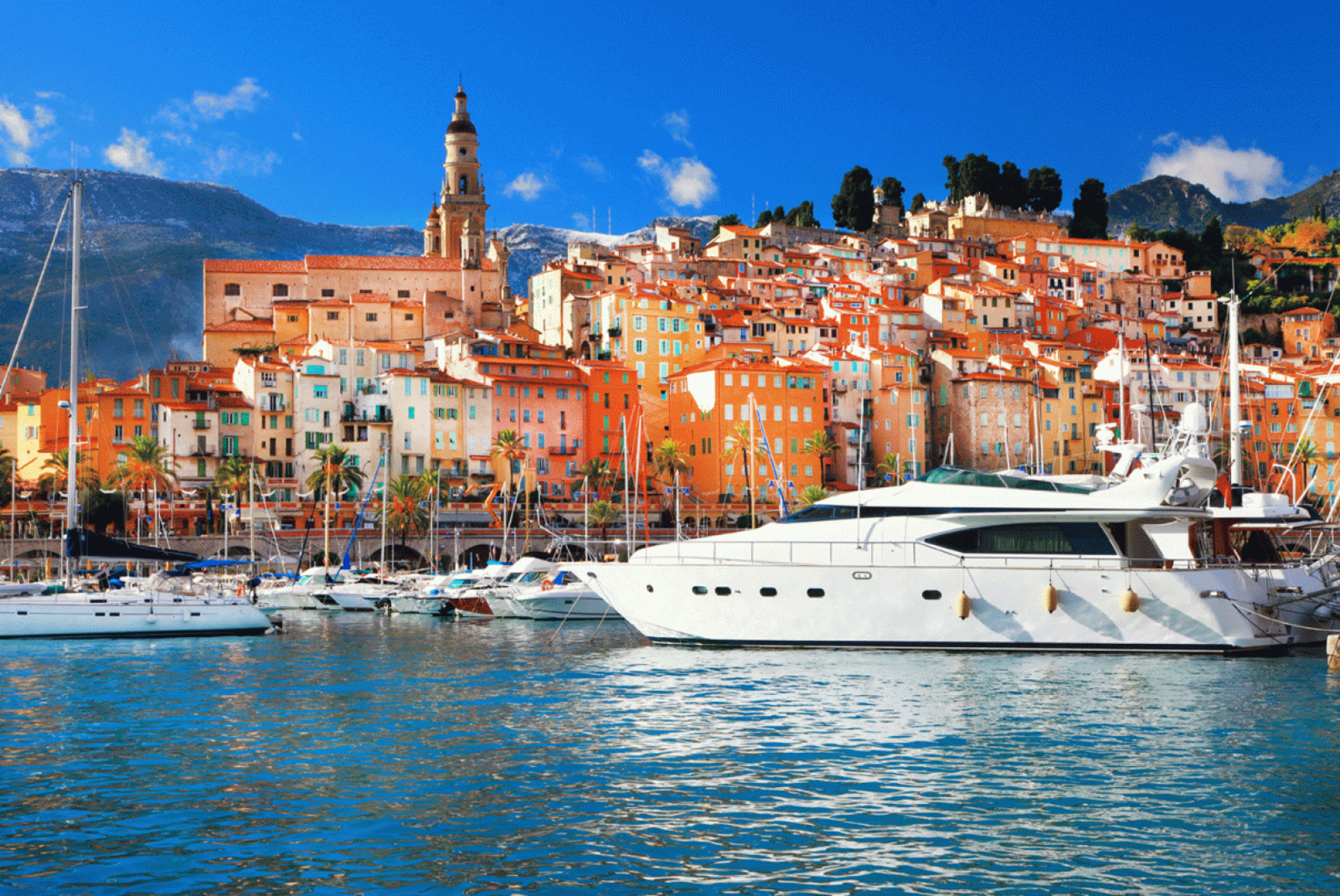 There’s surprisingly little to do in Cannes itself – no vital gallery, outstanding historical monument or particularly vibrant memories of great former residents.

Which might strike you as ideal. It releases the visitor to do what he or she really wants to do – which is stroll around a bit, shop a little and make full use of the farniente potential of the beach. Before retiring for drink, food and whatever else the evening might promise. Having said that, it helps to stroll with some particular destinations in mind.

This is the splendid promenade (1) curving around the bay where, at film festival time, you might think you have spotted a star or two (they’re usually lookalikes). At other times, it is the stage for the spectacle that is Cannes. With a sparkling acreage of briny out front and exotic greenery on the prom itself, even ugly people look good.

Despite its red-carpet fame as HQ of the annual film thrash, the Palais des Festivals (2) used to have the architectural eloquence of a nuclear power station. Clearly, whoever designed it didn’t much like Cannes, the seaside, people, beauty, elegance or, in all probability, movie stars. In recent times, though, its dull stone exterior has been turned bright white. This is a serious improvement, and a far better backdrop for photos of chaps in tuxedos and star ladies in shiny frocks.

More glorious, to my mind, are the Palais’s immediate environs. Amble along the seafront and revel in a prospect which has been enchanting elites for generations.

The palace hotels (3) line up like grandees on the other side of the road: the Majestic Hotel, and beyond it La Malmaison, a private 19th-century mansion open to the public; the belle époque Carlton Hotel; the more modern Palais Stéphanie (now known as the JW Marriott), incorporating the façade of the former Palais des Festivals, pulled down in1988 after serving as the venue for the Cannes Film Festival for 40 years; and the art deco Hotel Martinez.

In between are gardens, the odd playground and stretches of water where you may loose a child (or a husband) on the remote-controlled boats.

By the time you arrive opposite the Hotel Martinez, you’ve done the essentials of the stroll. But I’d continue, round the coast past the (newish) Port-Canto to the Pointe de la Croisette (4) headland. There used to be a little cross (“une croisette”) here, protecting sailors setting out to sea. Hence the name of the headland and of the promenade. The cross is no longer. There’s a casino in its place. That’s Cannes in a nutshell.

Before the great, good and filthy rich discovered the place, Cannes was a small fishing village concentrated on Suquet hill (5). This rises quite sharply back from the port. Fishermen and associated folk lived doubtless tough lives in the wriggling labyrinth of sinuous streetlets and steep stairways. The labyrinth survives, of course – these days colonised by bars, restaurants and shops selling mainly inessentials.

At the top of Suquet Hill, this fine 11th-century pile (6) was once the land-based HQ of the monks of Lérins (see below). Now it’s a diverting museum of eclectic collections – from archaeo-material to musical instruments… and a first-class assembly of ethnic art and artefacts from the five continents. It’s well worth a look, especially on the first Sunday of the month from November to March, when it’s free. And the views from the top of the tower are outstanding, if you can manage the 109 steps.

Some 10 to 15 minutes offshore from Cannes lie the Iles de Lérins, two lovely islands, free from bling, where you can breathe free and easy – Ile Ste-Marguérite (7), and Ile St-Honorat. Ferries to the islands are based on Quai Laubeuf, on the western side of the old port in Cannes. For annoying reasons too complex to go into, you cannot take a round trip to both islands. If you want to go from St Honorat to Ste Marguérite, or vice versa, you must return to Cannes and start again.

Like so many French coastal forts, this one (8) on the Ile Ste-Marguérite wasn’t much use for defence but proved an admirable prison – notably for the Man In The Iron Mask. He was banged up there for 10 years from 1687. Nobody yet is sure who he was. The adulterous brother of Louis XIV? A noble debtor? The child of an affair between a black manservant and Louis XIV’s wife? The guesses go on…

You must go to the second island, the Ile St-Honorat (9), with modesty in mind; it still belongs to Cistercian monks. There are some 25 of them in the island monastery (see below). They allow us on if we dress decently, don’t make too much noise and, if possible, buy something very expensive from the monastery shop.

The old monastery (10), heavily fortified, is the key visit on St-Honorat island. It is on the southern point, with its feet in the water. Though pretty dilapidated, it retains a powerful presence – and admission is free. In the centre of the island, the more modern monastery is off-limits.

How to go to Cannes

Places to Eat in Cannes

Places to See in Cannes

Things to do in Cannes