How to go to Capri

Places to Eat in Capri

Places to See in Capri

Things to do in Capri 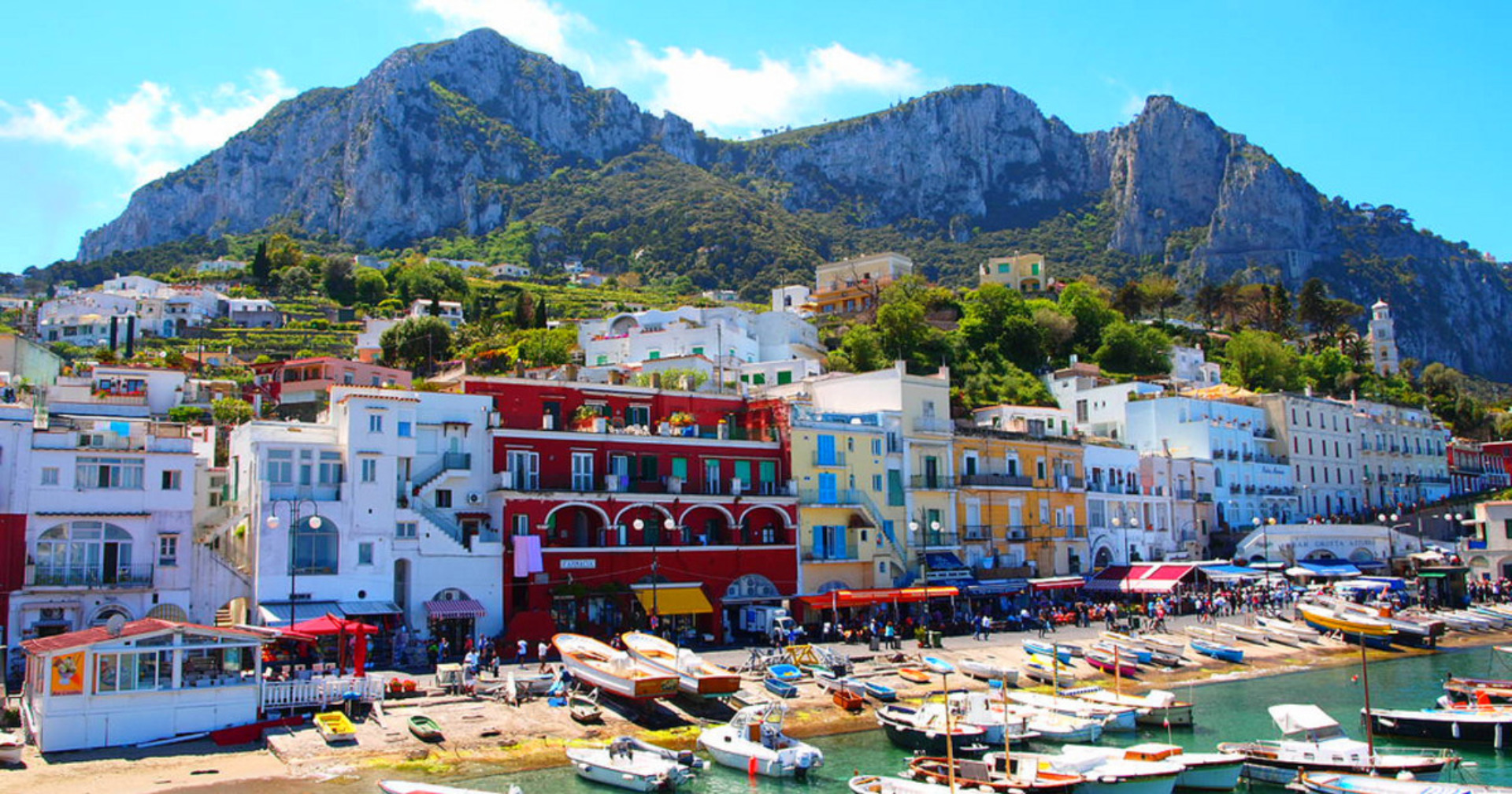 The Island of Capri is one of the most picturesque and visited locations in Campania.

Geologically speaking, the island is Karst, underlaid with limestone which has been eroded by dissolution over the years forming fantastical ridges towers and sinkholes in the rock. This process over time separated Capri from the mainland. The island of Capri is composed of two municipalities: Capri and Anacapri, each with their own administration and touch of regional rivalry. The latter is built on a high plateau, affording staggering views of sheer cliffs from dizzying vantage points.
La Piazzetta (Piazza Umberto I) This pretty square's original name was "Piazza Umberto I", but from the 1930's it has been  known as "La Piazzetta" (the use of the suffix "etta" in Italian is a diminutive, and is used in affectionate reference to the square's small size). In the past it was just the site of the fish market, but has since risen in prestige. Now popular for its bars, it is the choice meeting point for islanders, visitors and villa owners,  some of whom are almost as famous as the island itself.
Faraglioni: Gardens of Augustus Carving their own niche in the skyline of Capri, sculpted by the wind and sea, and home to rare plants and wildlife, stand Stella (Star), Faraglione di Mezzo (in between) and Scopolo. These three rocky stacks, rising from the azure Tyrrhenian Sea, are collectively known as the Faraglioni. Backdrop to holiday snapshots and postcards over the world, in modern times, the Faraglioni have stimulated visitors and writers imagination throughout the ages as far back as antiquity, and were the setting for many myths. Stella, the stack still connected to the mainland, is known for its spectacular fans of spray from waves on choppy days. The windblown sea swirls into the Faraglione's underwater hollow, before erupting, showering down onto the rocks.
Blue Grotto
Capri holds a treasure: it is the Blue Grotto, a jewel discovered long ago by the Roman emperors. Not by chance, they were far sighted and took advantage of the cave entrance - often hidden by the tides - to create their own private natural pool. According to the historians of the times, Emperor Tiberius built a passage connecting his house to the cave, even if the tunnel - which probably later collapsed - was never found. The emperor used the cave as a “sea nymphaeum”. What is now left, close to the entrance of a tunnel, are the remains of a roman harbor.
Port of Marina Grande
The charming seaside Port of Marina Grande, encompassed by two narrow arms or quays, borders the picturesque town of Capri. Lying to the North of the island, and facing  the Gulf of Naples, the port welcomes every kind of wanderer, on every kind of journey. Commercial travelers and tourists arriving from the continent on hydrofoils, arrive west of the port, whilst, sailing boats, luxury yachts and other vessels lie at anchor to the East. Until 1928, all docking took place directly in the bay, which in those days was smaller, formed of a natural reef. Larger vessels weighed anchor further out to sea, with goods for trade and passengers being rowed ashore in dinghies. Since its expansion, the scene has become spacious, with a seaside resort and wide beach.
Gardens of Augustus
After the gleaming shop windows and glamour of Capri, the Gardens of Augustus, towards the top of the island, are a retreat into a natural paradise, complete with unforgettable panoramas. The garden's tranquility and natural beauty is nothing if not therapy. From the vantage point of the Gardens, apart from the splendid views of the sea, are fantastic photographic vistas. To one side the undulating roofs and picturesque bell tower of the St. James' Certosa (Charterhouse), a Carthusian Monastery, lie in the foreground below the Gardens.

How to go to Capri

Places to Eat in Capri

Places to See in Capri

Things to do in Capri