How to go to Carcassonne

Places to Eat in Carcassonne

Places to See in Carcassonne

Things to do in Carcassonne 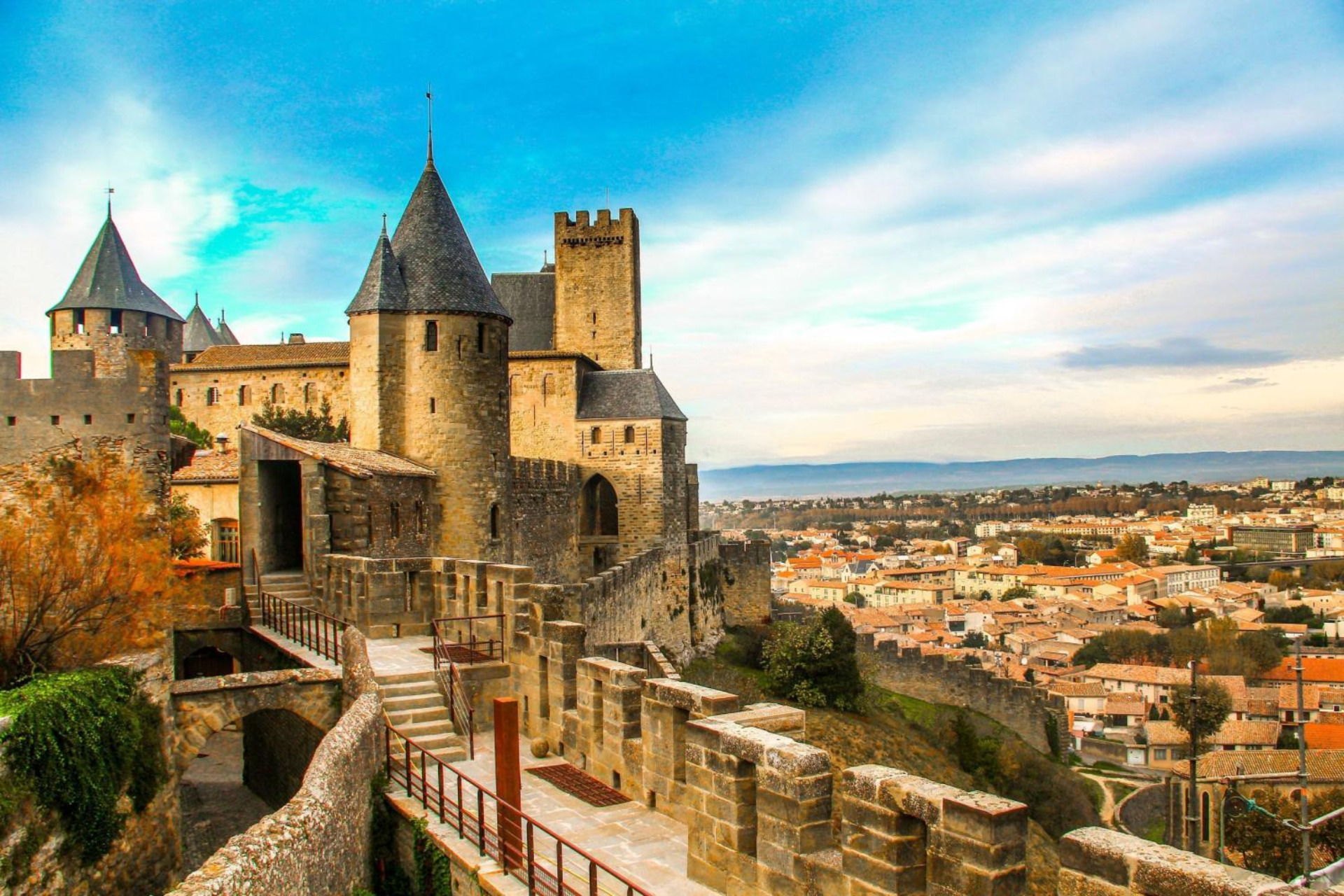 Fortified by the Romans and strategically located between Toulouse and the Mediterranean sea, Carcassonne is the largest citadel in Europe.

Built during the 12th century, this chateau allows you to admire its towers and bastions, and explore the secret passages and the places from where the soldiers used to throw hot oil down the walls when enemies were approaching the castle. This attraction provides a deep insight into the Middle Ages. The towers are worth seeing since they are all different, and it is recommended to get an audio guide so to find out everything about the castle’s history.

At the South end of the bastide St. Louis you’ll find the Jacobin gate, the only gate out of the four main gates of the walls that has survived until today. The gate was originally built around 1365 and it was rebuilt in 1779.

Constructed in the 6th century, this Roman/Gothic cathedral shows off amazing windows and a Romanesque tripartite nave. The central stained glass window of the choir is one of the oldest windows in France. Built on the site of a Carolingian cathedral, in 1898 the church was elevated to a minor basilica.

The Lac de la Cavayer is quite close to the city of Carcassonne. You can enjoy a walk around it, which takes approximately an hour long. If you enjoy spending time in nature, come and take in the picturesque landscapes around the lake. There are different beach areas around the lake where you can sit for a while or enjoy water activities during the summer months. The bus from Carcassonne is only 1€ (bus number 7 from square Gambetta). The lake is closed out of season so make sure to check the opening times with the tourist office.

If you’re up for climbing to the top of this church’s tower, you will end up on the highest point in Carcassone. From here you’ll have breathtaking views of the whole city. The church is also a great example of Languedoc Gothic, with its 15th-century rosettes and stained glasses windows. Access is free.

The statue of legendary heroine Lady Carkass stands right in front of the drawbridge. She was the wife of Saracen king Balaak and it’s from her that the city took its name. The original statue, dating back to the 16th century, is now well preserved in the Castle. Watch out for some of the shops in town which sell shortbreads called “Friandises de Dame Carcas” in honor of the heroine.

The principal point of entry to the Citadel, Narbonne gate is made up of two twin towers that are about 25 meters high and a building constructed above the towers. This is not only a remarkable construction built for warfare purposes, it also has rooms built one above the other on its different levels.

The perfect place to spend an afternoon with the children, Le Parc Australien offers a variety of animals to see and plenty of activities for the young ones, like learning how to use a boomerang. Fun playgrounds and games can be found everywhere so that the children can play around the park. The park relatively small and the entrance is 9€ for adults only.

A UNESCO Heritage Site, the Canal du Midi was originally built to link the Atlantic with the Mediterranean sea. Visitors can take a boat trip on the canal from the beginning of April until the beginning of November – there is one trip every day except for Mondays. Information about the history of the canal is included in the organized trips, but you can also rent a boat for yourself and your friends for the day or for longer periods.

This hill covers about 100 hectares of hillside with indigenous trees, and there is an initiative that is trying to turn the area into an eco-museum. There are many picnic areas, explanatory signs for information, and areas for children. On this hill you’ll also find La Cite des Oiseaux, an organization which provides a show of large birds in free flight, with falcons and storks. La Cité des Oiseaux is open from the beginning of March until the end of November.

How to go to Carcassonne

Places to Eat in Carcassonne

Places to See in Carcassonne

Things to do in Carcassonne