How to go to Lyon

Places to Eat in Lyon

Places to See in Lyon

Things to do in Lyon 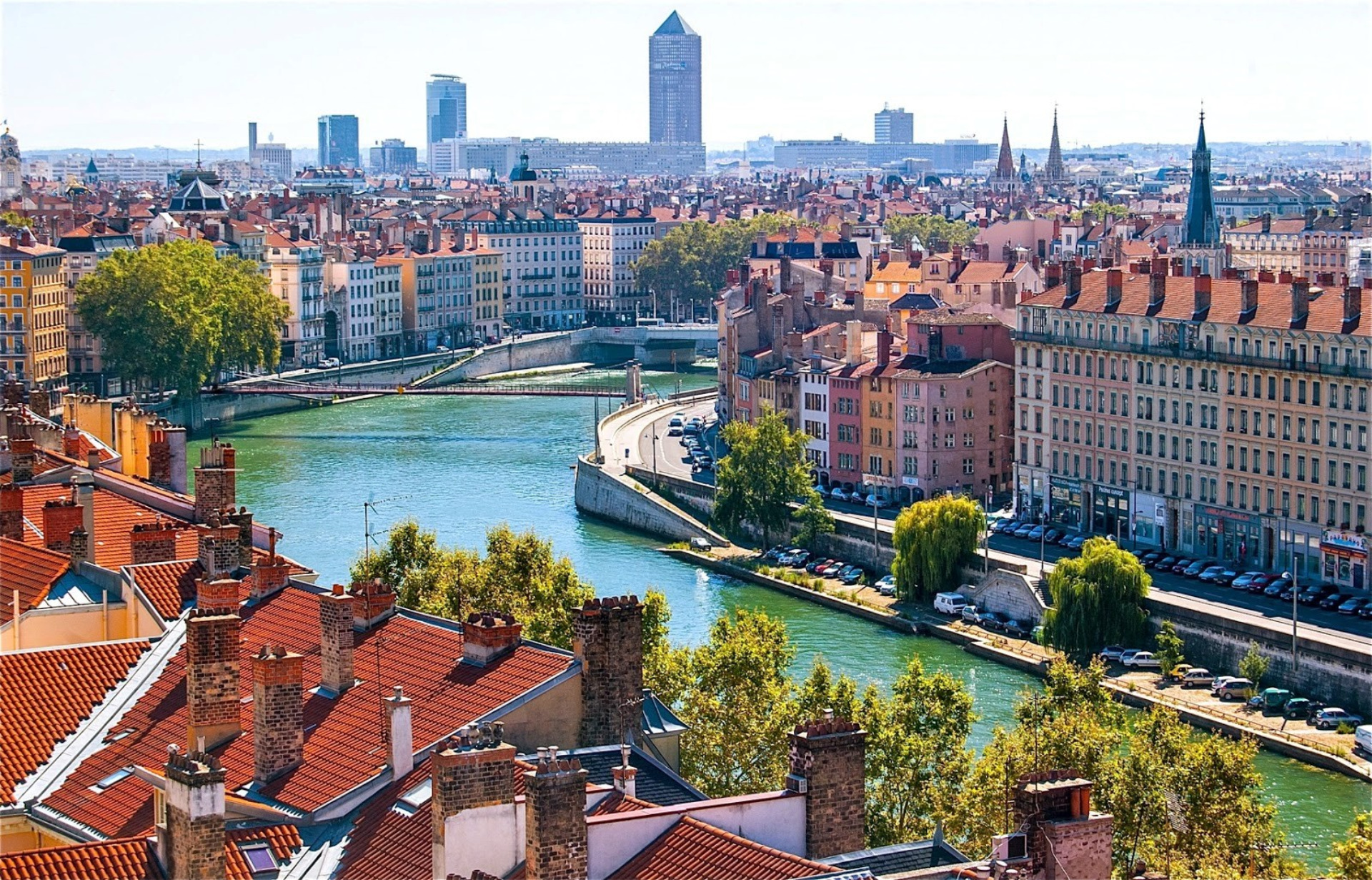 France's third city and gastronomic capital is known for its historical and architectural landmarks, but many of its treasures are to be found in its hidden passageways.

There's more to Lyon than the opulent facade would suggest. Beyond the pricey boutiques and restaurants of the Presqu'île ("the peninsula"), girded by the Rhône and the Saône, this is a city of secret passageways, hidden alleys and courtyards tucked away behind sumptuous hôtel particulier fronts. Explore Lyon's alternative side on a tour of some of its best-kept secrets.

Built in the early 19th century, the Passage Thiaffait is one of several covered passageways known as traboules in Lyon. Unique to Vieux Lyon and the Croix-Rousse, the old silk-weaving quarter, these secret conduits were originally used by Lyonnais silk-weavers (canuts) to ferry their goods quickly from workshops located at the top of the Croix-Rousse hill to the textile merchants down below. Recently restored to its former glory, the Passage Thiaffait houses a variety of workshops and studios under its roof. The self-styled "Village des créateurs" is a hub for fashion, design and jewellery-making.

This cutting-edge contemporary photography gallery on rue Burdeau is in good company. Located at the bottom of the slopes of La Croix-Rousse – more alternative than the plateau at the top of the hill – rue Burdeau is home to art galleries of all description, specialising in anything from painting to illustration and sculpture. The artist workshops based in the street have come together to form their own artistic association, complete with a café associatif that acts as a magnet for local bohemians.

This bar-cum-concert venue is run by the enigmatic Chango Dei, who is also a pianist and painter. Faded posters of Ella Fitzgerald and Louis Armstrong adorn the downstairs bar area, which serves reasonably priced house wine and punch; the jazzy musical offerings are in the comfy, candle-lit upstairs room, where Chango Dei officiates at the piano. Don't expect to find anyone here much before midnight.

Lyon has its fair share of independent specialist bookshops, but Librairie Grand-Guignol is that rare thing, an alternative librairie disquaire (a book and record shop rolled into one). The eclectic mix on offer includes Swiss punk, poetry and science fiction, American and European literature, magazines and vinyl. The place hosts readings as well as concerts and dance shows, in keeping with its hybrid nature.

Chocolate enthusiasts should head for Sébastien Bouillet's newly opened shop-cum-laboratory, dedicated to, and even made up of chocolate in places. A wall of liquid chocolate greets you as you enter, and a truly encyclopaedic range of chocolate bars are stacked like books in a library. For gourmands of other persuasions, Bouillet's famous pâtisserie is only a short distance away on the Croix-Rousse plateau.

Away from the trendy slopes of the Croix-Rousse, and close to the Bellecourt, the town square on the peninsula, the Café de la Cloche is keeping alive the time-honoured French tradition of the café philosophique. The old-fashioned décor is a convivial setting in which to discourse on the nature of love, loneliness and sundry philosophical topics. Started by a retired professor of philosophy at the nearby Lyon 3 university, these literary soirées have quite a following.

With the Beaujolais and the Côte du Rhône vineyards practically on its doorstep, it's hardly surprising that Lyonnais wine merchants are so well stocked. Cave Valmy crops up on everybody's list of favourites, and owner Marie-Jo provides expert guidance to the arcana of her trade. Both Beaujolais and the Côte du Rhône make for great trips out of the city; try Château de la Chaize (chateaudelachaize.com) in Beaujolais, which produces the elegant Brouilly).

No visit to France's gastronomic capital is complete without dining out at one of the city's bouchons, Lyonnaise institutions currently undergoing something of a renaissance. These small eateries are the antithesis of nouvelle cuisine, serving traditional Lyonnaise offal dishes such as tripe, bone marrow, donkey snout, and pork offal sausage, to name just a few. Only 20 bouchons are officially certified and deemed "authentic". Try the chicken liver cake or quenelle, ground fish dumplings, at Le Poêlon d'Or, formerly owned by Marie-Danielle. She handed down some of her family's culinary secrets to the new owner Yann Lalle and his chef Mickaël Lorini.

Calling Bahadourian a fine delicatessen and wholesale caterer hardly does it justice. This family-run business was set up in 1929 by Djebraïl Bahadourian, who travelled the world in search of exotic spices, aromatic herbs, fruits and flowers. Sample some of the Middle Eastern and Asian delights on offer, stock up on rare teas and spices, and imbibe the souk atmosphere in a city renowned for its intrepid merchants.

Lyon boasts France's third largest Chinatown (after the two in Paris) centred on a couple of blocks around rue Pasteur and rue Passet in the Guillotière quarter. A stroll around is certainly dépaysant – a refreshing change of scene. Try the Supermarché Asie for the full gamut of Asian (and not just Chinese) products, including an impressive selection of rare fruit and veg.

How to go to Lyon

Places to Eat in Lyon

Places to See in Lyon

Things to do in Lyon