How to go to Montpellier

Places to Eat in Montpellier

Places to See in Montpellier

Things to do in Montpellier 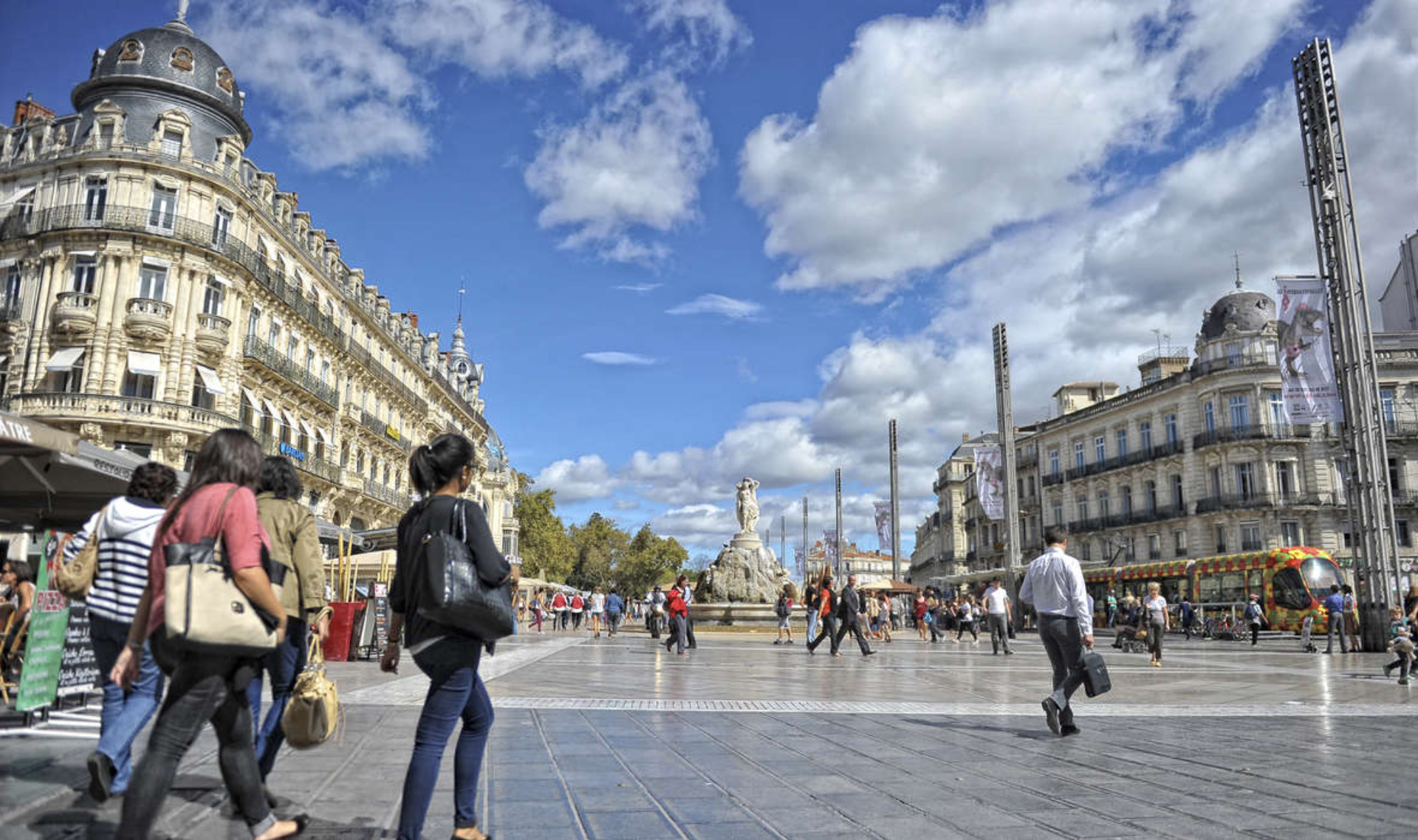 Just inland from the Mediterranean coast in southern France lays the city of Montpellier. Though it is just the 8th largest city in France, it has seen the largest growth percentage overall in the past 25 years.

With nearly 1/3 of the total population of students, you can imagine that Montpellier is teeming with fresh energy, great nightlife and new and exciting places to see.

Also known as the “La Plaine”, Place Jean Juarés is a hotspot for hanging out and relaxing with a drink. Ample greenery shades from the summer sun and there are tons of bars and restaurants to choose from. When to go: Brunch to Late night.

Every Friday night during the summer from July 10th to August 21st, 2015, visitors and residents alike can enjoy a night out with music, wine and food (is there anything better?). Local wineries bring their finest offerings for wine tastings as well as there is a night time market with over 150 merchants, artists, bookshops and food items.

The old city center, referred to as L’Ecusson, is one of the largest pedestrian zones in France. The small winding streets features architecture from medieval, Renaissance, Baroque and 19th-century styles and are home to trendy shops, restaurants and cafés.

Just off L’Ecusson, the Promenade de Peyrou is a top chill out spot of the locals. There are various sites such as the statue of Louis XIV on horseback, the Arc de Triomphe and the Water Tower (Chateau d’Eau) are all located in this area. Head to the closest Carrefour supermarket and load up on baguette and French cheese for a picnic here.

Due to its Mediterranean climate, Montpellier enjoys mostly sunny, warm weather. Just a short 20 minute drive from the city center is the Pont du Diable. Under this bridge the river forms a small lake with a few beaches perfect for cooling off and relaxing on a hot day. Also, you can visit St. Guilhem le Desert, a small very old town with Roman architecture just a short distance from this area.

How to go to Montpellier

Places to Eat in Montpellier

Places to See in Montpellier

Things to do in Montpellier