How to go to Patmos

Places to Eat in Patmos

Places to See in Patmos

Things to do in Patmos 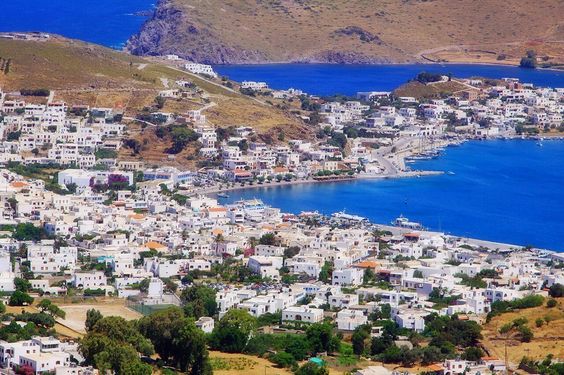 Patmos is a small Greek island in the Aegean Sea. One of the northernmost islands of the Dodecanese complex. According to Greek mythology, Patmos was a present from Zeus to his daughter Artemis, goddess of hunting and wilderness.

She was worshipped here in antiquity, and the monastery of St. John was built on her temple when in 1088, Byzantine Emperor Alexios I Komnenos gave the island of Patmos to the soldier-priest John Christodoulos. The greater part of the monastery was completed by Christodoulos three years later. He heavily fortified the exterior because of the threats of piracy and Seljuk Turks. To this day, the monastery is still in tact. Patmos' main communities are Chora (the capital city), and Skala, the only commercial port. Other settlements are Grikos and Kampos. In 1999, the island's historic center Chora, along with the Monastery of Saint John the Theologian and the Cave of the Apocalypse, were declared World Heritage Sites by UNESCO.

Visitors can see the cave where John the Baptiste is said to have received his Revelation (the Cave of the Apocalypse), and several monasteries on the island are dedicated to Saint John.

How to go to Patmos

Places to Eat in Patmos

Places to See in Patmos

Things to do in Patmos