How to go to Indonesia

Places to Eat in Indonesia

Places to See in Indonesia

Things to do in Indonesia 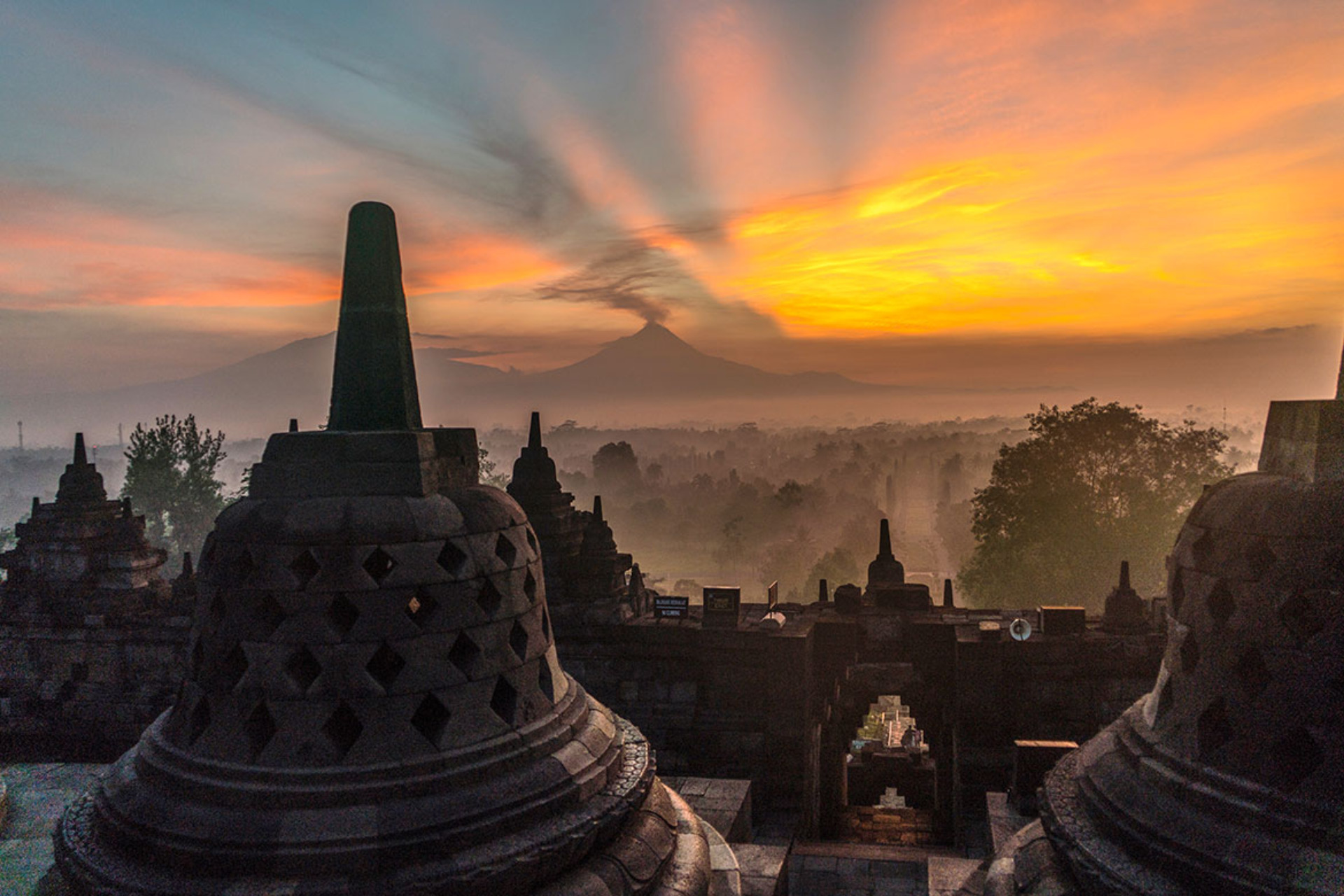 The world’s largest island nation, Indonesia comprises about 17,000 islands sprawling over almost two million square kilometres either side of the equator. It includes half of the world’s second-largest island, New Guinea, and most of the world’s third-largest, Borneo, as well as rugged Sumatra and busy Java. Its distinctive wildlife includes pygmy elephants, tree kangaroos and the Komodo dragon; its dramatic landscape embraces ancient rice terraces, untamed jungle, islands with pristine coral fringed by white sands and lava-spewing volcanoes.

Best of all, it’s all available at a bargain-basement price. It’s one of the world’s least expensive destinations, where your travel money travels furthest and buys more.

The only problem is where to go. The main island, Java, has the capital city, Jakarta, but also the beguiling royal centres of touristy Yogjakarta and more authentic Solojakarta. This is where you’ll find the headline sights of Borobudur and intricate carvings of Prambanan, the blown-out cone of world-famous Krakatoa and the still-active Mount Bromo, smoking gently through the mists of dawn. It’s also where you’ll find the factories producing many of the handicrafts later sold in Bali and beyond.

Indonesia’s tourist heavyweight is to the east of the capital. Though the rest of the archipelago is Islamic (in a relaxed sort of way), Bali is a Hindu enclave: a devout little gem of religious deference and tradition, feted by surfers, beach-lovers and cultural tourists alike. Fed by honeymooners and tourists from all over the Western World, Bali absorbs 90% of all visitors to Indonesia. Good. That means fewer elsewhere.

How to go to Indonesia

Places to Eat in Indonesia

Places to See in Indonesia

Things to do in Indonesia